Hello, you are using an old browser that's unsafe and no longer supported. Please consider updating your browser to a newer version, or downloading a modern browser.

The support from this team helped us navigate a nightmare situation. I wouldn't wish this on anyone, but if it happens, you want a solid team helping you navigate the rocks and the waves. You don't have to flail in the storm alone.

They are state of the art litigators in the Title IX area.

I have worked closely with Patricia. I can attest that she’s very smart, knows her stuff, and has great judgment. She’s also a pleasure to work with and have on your team (whether you’re the client or co-counsel), and she’s tough when need be yet comes off very reasonable to courts/hearing officers.

[Patricia Hamill] is an excellent civil litigator with the full range of trial skills. . . She's excellent and extremely talented

Patricia Hamill and [the attorneys] were a competent team and gave us clear communications throughout this process. They also partnered with our criminal attorney which reduced our anxiety and time spent on this traumatic series of events.

The attorneys were well prepared, thorough, friendly, accommodating and kept us informed throughout the entire process

We represented a male student in litigation against Washington and Lee University challenging the result of a Title IX disciplinary proceeding involving alleged sexual assault that resulted in the student’s suspension from the university. The lawsuit was filed in federal district court and asserted violations of breach of contract and Title IX stemming from the university’s unfair disciplinary process and subsequent retaliation against our client for refusing to readmit our client as a student following his one-semester suspension. The case settled following the court’s decision denying the university’s motion for summary judgment, where the court found that our client presented evidence calling into question the panel’s bias when deciding sexual assault disciplinary proceedings on the basis of sex.

We represented a male student who was disciplined on sexual misconduct charges and brought litigation in federal court against Brandeis University. The court’s comprehensive decision denying the University’s motion to dismiss vindicated our client when the court found “that Brandeis denied [the student] the ‘basic fairness’ to which he was entitled,” and also opined “Whether someone is a ‘victim’ is a conclusion to be reached at the end of a fair process, not an assumption to be made at the beginning.” The ruling has been cited in virtually every lawsuit subsequently filed by an accused student and hailed by many as one of the most far-reaching decisions supporting student rights and for its advocacy of common sense and fairness in the handling of campus disciplinary matters. See, for example: “Denying Due Process” (chapter 4) in The Campus Rape Frenzy: The Attack on Due Process at America’s Universities, Stuart Taylor Jr. and KC Johnson, and “The Campus Sex-Crime Tribunals are Losing,” The Commentary Magazine, September 8, 2017, KC Johnson. The case was also cited by the Department of Education in its September 2017 Guidance withdrawing the 2011 Dear Colleague Letter. Doe v. Brandeis University, 177 F. Supp. 3d 561, 573 (D. Mass. 2016).

We brought expedited lawsuit under seal on behalf of a male student challenging the result of a sexual misconduct disciplinary finding. The court found that the college’s disciplinary process was flawed and reversed the college’s decision against our client. We then convinced the court to rule that the college could not retry our client in a new proceeding based on the amount of time that had passed since the original decision and the fact that witnesses had graduated and were no longer available. The court entered an order precluding the college from bringing any further disciplinary actions against our client and further ordered the college to completely expunge his record. Our client graduated on time with a clean record.

We successfully obtained a ruling in California state court ordering the University of Southern California to set aside the suspension and expulsion of our client, a male student, for alleged nonconsensual sexual activity with two female students who claimed to have been too intoxicated to give consent. The California Superior Court issued a decision finding that USC failed to provide a fair hearing to our client and that the decisions to suspend and expel him were not supported by the evidence. The court reasoned that USC denied our client his due process rights to a fair proceeding under California state law because (among other shortcomings) it did not provide him with “an adequate opportunity … to test the credibility of the material witnesses in a limited adversarial hearing before the decision is made.” Doe v. Carry and University of Southern California, Case No. BS 161569 (Los Angeles County Superior Ct., Sept. 15, 2017 unpublished decision)

College agrees to vacate finding against our client and expulsion after our investigation uncovered evidence of bias on the college hearing panel.

We sued Swarthmore College in federal court on behalf of a student expelled in the wake of a disciplinary proceeding following allegations of sexual misconduct. The college vacated its judiciary panel’s findings and sanction after additional information became available that both parties believed raised questions about the impartiality of the panel that heard our client’s case and the fairness of the hearing process. The case settled. Doe v. Swarthmore College, No. 2:14-cv-000532 (E.D. Pa.).

We achieved a settlement for a student who was expelled shortly before the end of his senior year. His college concluded our client had participated in livestreaming a consensual sexual encounter between two other students, even though the alleged female victim told the college he was not involved. The Department of Education’s Office for Civil Rights found the college in violation of Title IX, concluding it had not provided our client with essential procedural protections and had not followed the safeguards provided for in its own disciplinary policies and procedures. Faced with a potential federal lawsuit, the college agreed to make a substantial monetary payment, vacate the finding of responsibility and sanctions against our client, and give him a clean record.

After we swiftly brought litigation to protect a client from dismissal, university settles.

We represented a male student in litigation in federal court against a university. When the student was dismissed from school weeks before graduation in connection with various findings that he violated the school’s Title IX policy, primarily related to an ex-girlfriend’s complaint that he continued to try to communicate with her, we acted swiftly to obtain a preliminary injunction that allowed our client to complete his final exams in order to be degree-eligible following the decision on his case. The court’s opinion found multiple instances of procedural unfairness and concluded that the university breached its promise to provide “a prompt, fair and impartial investigation and resolution.” Doe v. Univ. of Notre Dame, 2017 U.S. Dist. LEXIS 69645 (N.D. Ind. May 8, 2-17).

University settles with our client after court denies university's motion to dismiss lawsuit.

We represented a male student in litigation challenging Rider University’s Title IX proceeding finding our client responsible for sexual assault. The lawsuit was filed in federal district court and asserted violations of Title IX and breach of contract based on allegations that the university investigation and adjudication was flawed and biased against male respondents. We successfully overcame two motions to dismiss and the Court ruled that our client brought valid claims for Title IX and breach of contract. The case resolved by confidential settlement. Doe v. Rider University, Case 3:16-cv-04882-BRM-TJB (District Court of N.J.).

We represented a male, African-American student at the University of Pennsylvania who was wrongly accused of sexual assault and subjected to an unfair, biased, and discriminatory disciplinary process. We filed a temporary restraining order and preliminary injunction against the university in federal court in the Eastern District of Pennsylvania asserting claims under Title IX and Title VI, as well as claims for breach of contract and negligent infliction of emotional distress. During the pendency of the lawsuit, our client was able to complete his senior year coursework and earn the remaining credits necessary for his graduation from Penn. The court allowed our client to proceed on claims for breach of contract and Title IX violations. Doe v. Trustees of the University of Pennsylvania, No. 2:16-cv-05088, 2017 WL 4049033 (E.D. Pa. Sept. 13, 2017).

We represented a male student against a public university alleging denial of the student’s due process rights, in large part because the university delayed close to a year in initiating a disciplinary hearing to address a misconduct claim against the student, a delay that resulted in the departure from campus of key witnesses. The student had completed his coursework and earned his degree, yet the university withheld his degree as it had not completed its disciplinary process. Our Title IX team argued that the delay violated his constitutional rights to due process and equal protection. The case settled on confidential terms after argument on our client’s motion for preliminary injunction and the university’s motion to dismiss.

Settlement for our client immediately following filing of lawsuit.

We represented a male student in litigation against a private university near Chicago, challenging the result of the sexual misconduct disciplinary finding that resulted in the student’s extended exclusion from the university and which required reapplication without a guarantee of re-admission and with a permanent disciplinary notation on his record. The lawsuit was filed in federal district court and asserted violations of Title IX and breach of contract. The university agreed to settle the lawsuit on confidential terms shortly after the lawsuit was filed. 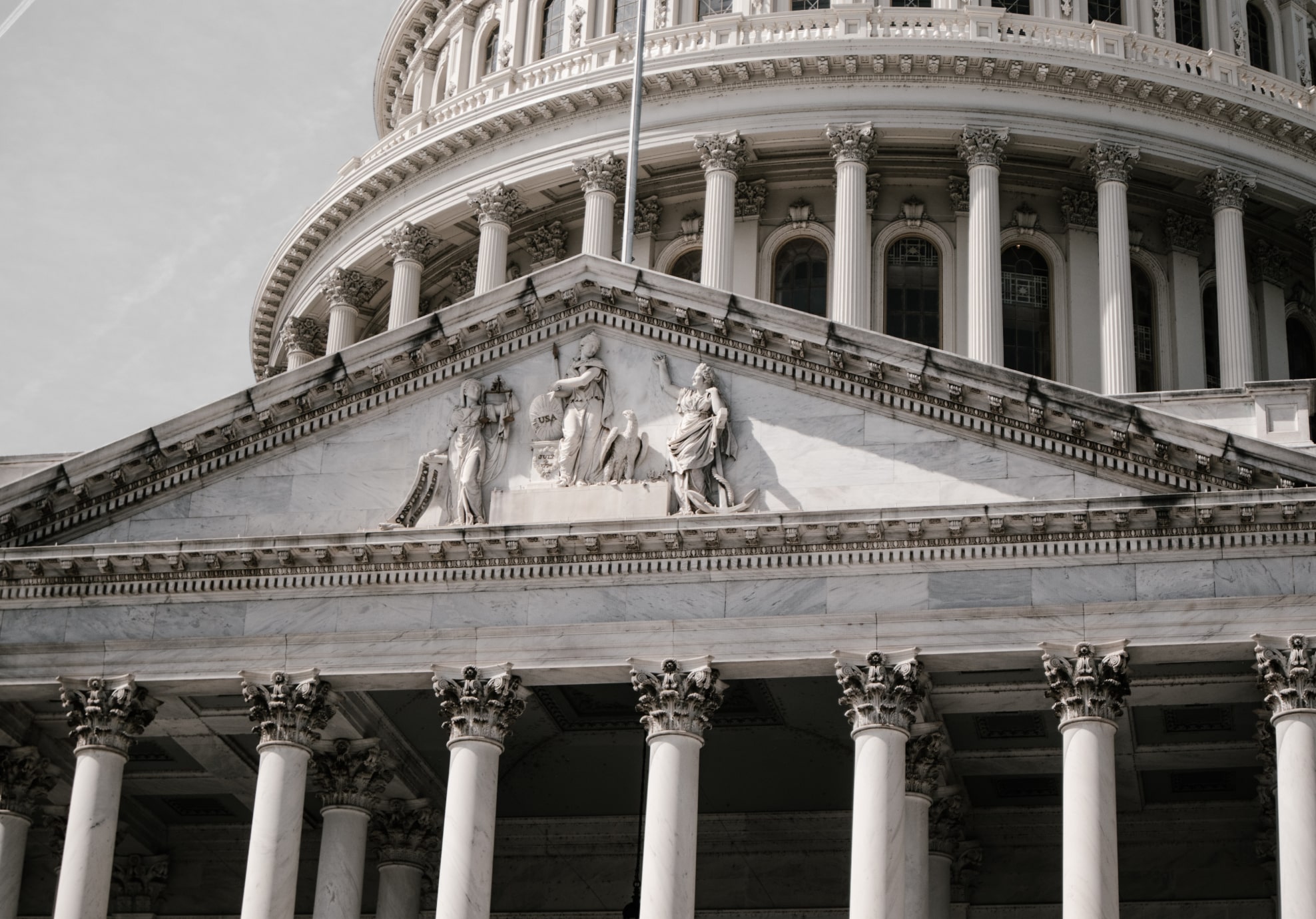 Patricia Hamill Invited to Testify Before the U.S. Senate

Title IX on College Campuses: A Constellation of Legal Challenges

Co-Chair Patricia Hamill Comments that Proposed Title IX Changes May Roll Back Due Process Rights at Universities, Reported by Law.com

The Name, Image, and Likeness (“NIL”) Frontier and Impact on Student Athletes: Part I

How Our Holistic Approach to Title IX Clients Sets Us Apart

Our Practitioners Guide to Live Hearings and Cross-Examination

University of Pennsylvania’s Hunting, Archery, and Shooting Club Approved After a Year in Limbo